The Wentworth Legacy - A great novel for Downton Abbey fans 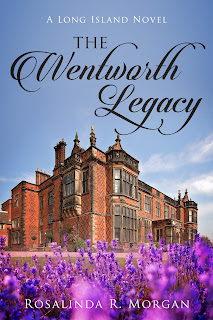 In 1927 while on a Grand Tour, Spencer A. Wentworth, a young scion of a wealthy old banking family of Long Island, New York Gold Coast, receives an urgent telegram to come home immediately. No explanation.


Upon arriving home, he was handed a huge responsibility that he was not prepared for.


As the stock market begins to collapse, he is plagued with worries that the family will lose everything including Wentworth Hall, his ancestral home. Honoring his promise to preserve it, he is determined to save Wentworth Hall at any cost including the loss of the woman he loves.


It is a tale of responsibility, love, betrayal and suspense during the Gilded Age with a backdrop of a way of life long gone.

Until next time. Stop and smell the roses.

at August 23, 2018 No comments:
Email ThisBlogThis!Share to TwitterShare to FacebookShare to Pinterest
Labels: Downton Abbey, L.I. North Shore, Life of the Rich and Famous, Long Island Gold Coast, Stock Market Crash of 1929, The Great Depression, The Great Gatsby, The Prohibition 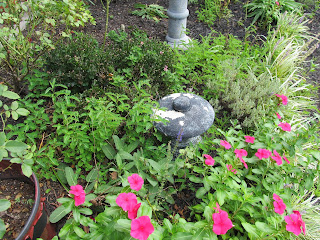 A weed is a plant that you don’t want. There’s an old saying that if a week can’t grow in a garden, no other plant will grow there either. When my roses look very healthy, my weeds are just as healthy.

At this time of the year, weeds are one of the biggest problems in the rose bed. The best way to control it is to pull it out and then mulch the bed right away so it has no time to resprout. Weed is an abhorrence in the rose garden. A garden free of weeds is a sight to behold. Roses will tolerate some of them but the most invasive ones will choke your roses. They take out the nutrients that you feed your roses. Have you noticed that weeds grow luxuriantly in your rose bed? That's because they are sharing the meal with your roses.


Years ago, I never put mulch in the garden. I like to see the soil around the rose bushes. However, as time goes by, I found out that I never stopped weeding. You become a slave in your own garden. There was no time to sit and enjoy and smell the roses. By the time I finished the last bed, the first bed was full of weeds again. That's when I decided to put down mulch. I use cedar mulch and the rose beds look much better with it. Mulch also retains moisture.


How about Roundup? Roundup is an herbicide. From what I read, it does more damage to your roses than at first believed. It does not show right away but comes up later on. If you are using it in other parts of your garden, take extra precaution to avoid contact with your roses. There are cases among rosarians who use Roundup where all their roses died or began their slow death. Just a mist of the Roundup will leave a death sentence to your precious roses. So be extra careful! I also heard that it kills some plants nearby not just roses.


Hoeing is another method to control weed. For those gardeners who are environmentally conscious, this is the best method of weed control. The only problem here is that you can be too close to the rose bushes and may damage their roots. Another disadvantage is loosened soil, if too close to the rose bush, it will encourage suckers. Suckers are growth coming from the rootstock (below the graft). Also hoeing the rose bed can sometimes wake up the weed seeds that are buried under the undisturbed soil and lets them germinate.


Whatever method you use, as soon as you clean up the bed, you should mulch immediately and make it at least 3" thick to discourage the weed from sprouting again.


Until next time. Stop and smell the roses.

The Legend of the Philippines 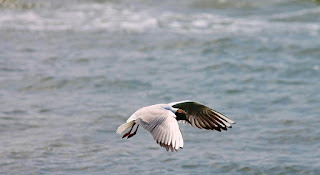 Several million years ago, there was nothing but the enormous sea and the expansive sky. In the vast emptiness, a cunning bird came and saw the calmness of the sea and the beauty of the glorious sky. At first, the bird thought it was really pleasant, beautiful and extremely peaceful. The bird watched it every day, flying over the wave year in and year out. A few years passed and one day, the bird became restless because the scenery was the same all the time day in and day out and it started to get monotonous and boring. The bird thought what a waste it was. The bird also needed a place to land and rest its weary wings. The bird kept on thinking what it could do to make the place more interesting. For days, the bird could not think of anything else. It kept on thinking, thinking hard and thinking harder. The bird had to do something to break the monotony.
One day, a light flashed into its tiny head. “What a great idea,” the bird shouted aloud. “Maybe I can do something to create a confrontation between the quiet sea and the blue sky. I can make them quarrel with each other. I can drop a seed on the sea in the hope of opening up dry land. But where would I get the seed? There was nothing here. I could fly to some distant shore. That’s what I would do.” And so the bird did what he wanted to do.
The bird flew away to some faraway places looking for the right seed. It took the bird a long time but he found the precious seed at some distant shore. The bird returned and executed what it thought was a brilliant idea. The bird felt smugly at the prospect of what would happen next. Just as expected, the sea saw the seed begin to sprout and thought it was the sky that did it. The sea, angry at the sky spouted huge amount of foaming waves at the sky and the sky in turn grumbled and spat down tons and tons of rocks and dirt to stop the crashing waves of the sea. As the sky got wetter and wetter, the sky retaliated and sent violent thunder and blinding flash of lightning and more boulders and rocks at the sea. It went on for days.
Finally, bombarded by the sheer number and weight of the rocks and dirt, the sea gave up defeated and retreated. When things quieted down, the bird knew it achieved its goal and was ecstatic. The bird landed in the small island formed by the boulders and rocks and the Philippine archipelago was born.

Until next time. Stop and smell the roses.

Stop and Smell the Roses - Roses and Tips for a Happy, Healthy and Successful Living 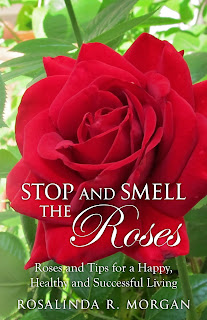 Feeling stressed out? Stop and Smell the Roses. Inspire yourself into a healthy lifestyle!


In a frenetic world we live in, we find ourselves overwhelmed, overworked and stressed out. Isn’t it time to change our bad habits? Most of our health problems are due to our unhealthy lifestyle. Studies show that stressful living causes health problems.


Stop and Smell the Roses is loaded with tips on how to make positive changes in your lives to make you happy, healthy and successful plus tips on growing roses and a great array of beautiful roses in full color that I grow in my garden. If you are unable to visit a rose garden, this is the next best thing.


Do you know that roses have curative powers? In the olden days, roses were used to make all sorts of medicinal potions to cure maladies and drive away bad spirits. A bouquet of roses uplifts the spirits any day of the year. Even a single rose in a room will liven it up on dreary days. When we are in distress, a rose will cheer us up.


I am inviting you to my garden. So take a break and stop and smell the roses.

Until next time. Stop and smell the roses.
Rosalinda Morgan

Rosalinda Morgan
If I'm not writing or blogging, you can find me out in the garden getting my hands dirty. I enjoy gardening, where I get my exercise, commune with nature, and get my spirit renewed. The main focus of my writing is to educate, motivate, and inspire people. Visit my main blog at www.rosalindarmorgan.com. I have written 4 books - BAHALA NA (Come What May), The Iron Butterfly, Saving Wentworth Hall, and Stop and Smell the Roses - available at Amazon and Barnes and Noble.